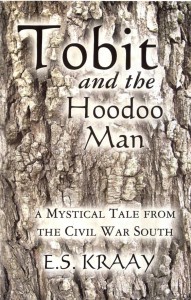 I open my novel Tobit and the Hoodoo Man, A Mystical Tale from the Civil War South with these 89 words…

“Once upon a time, the only sounds that came from the sky were sounds of nature.  The buzz of bees, the call of a soaring hawk, and the roar of thunder that strikes fear into the hearts of restless children before advancing east to other lands that live in the lassitude of unbelief.  Those sounds of life still bless us with their grace, but there are not so many bees and fewer hawks, and the thunder is more distant.  I cherish the sounds and the memories they recall.”

They are the words of an old man about to realize he is 100-years old who says, “… remembering is the only thing for me to do now…”  Tobit begins his narrative, “The heat in our shack is so heavy that it suppresses the light from the single candle and makes night seem even darker than it is.”

I recall these words I wrote seven years ago because, like Tobit, the teller of the tale, I find myself living in a 10×16 shack with a 4-foot porch, and yesterday’s 90-degree heat was indeed quite heavy.  Clarence pants as he lies on the floor and I sweat as light in the western sky fades.  If there is a positive, it is that the forecast includes thunderstorms late in the evening and the sky is filling with clouds, which prevents the setting sun from shining directly into our shack. 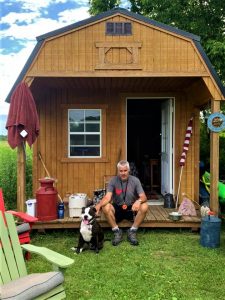 Living out-of-doors as we do tires a man and his dog.  It occurs to me that our pioneer forefathers had no need for electricity.  They were as ready to retire when the sun went down as they were to greet another day when it rose again in the east.  Our wants far exceed our needs.  Clarence’s breath slows and we fall asleep with the sun.

Three hours later, I wake to the roar of thunder.  Rain pours from the flashing sky in sheets that drum our metal roof like a snare.  Clarence is undisturbed.  I am fascinated.  My mind wanders amid nature’s fury.  Oddly, I think of Columbus’s crews as they encountered 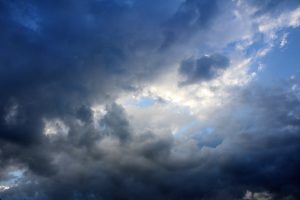 storms in their early Atlantic crossings.  I think of Noah.  Is this what he heard in his ark?  Then my mind settles on my friends in Haiti.  I have been to their homes, no larger than the 10×16 shed I share with Clarence.  In Cité Soleil, a family of five occupies an equivalent space without the luxury of a blow-up mattress and easy chair that I have.

The storm continues.  How much worse was it for my friends in Haiti as the recent hurricanes passed overhead?  Did they pray as I do?  I pray to honor the wonder and awe of what I experienced.  They prayed for survival.

The forecast through Sunday calls for more of the same.  On a positive note, the Kinnickinnic River is only three-and-a-half miles from here.  I take Clarence down in the heat of the afternoon to cool him off.