I was taught to pray as a child in the ‘50s kneeling at bedside growing up in the Berkshire Hills.  I learned to pray as an adult in the ‘10s walking through the Sonoran Desert.  There is a difference.

When we are taught to pray, we do as we are told.  When we learn to pray, we are inspired to do it, look forward to it, do it often, and find comfort, solace, and direction in the act of praying.

I believe humankind does not pray enough.  There are few – if any – reasons why this is true, but there is an avalanche of excuses to explain it.

As a historian of sorts, I have long been exposed to and know about the ‘Book of Hours,’ a prayer book that monks and nuns were required to recite as far back as the 12th century.  The recitation is centered on the reading of psalms and prayers.  I first became aware of the ‘hours’ when our parish choral director gifted me a copy of the breviary – the official prayer book of the Catholic church – in 1963.  I still have that breviary though its plastic protective cover is cracked and brittle.  Sitting next to it on my bookcase is Thomas Merton, A Book of Hours, a book I have used daily for over a decade.

I have come to understand that divine inspiration is not limited to people or things religious.  Victor Hugo was as divinely inspired to write Les Misérables as whatever hand was inspired to write Genesis… Leonard Cohen when he wrote “Hallelujah” as David to write the psalms.

I began ‘working’ on my personal ‘Book of Hours’ a decade ago by collecting words that inspired spiritual thought and provided the seeds for meditation and contemplation.

In the past year since the publication of The Faith of Job in February 2020, events have driven me to complete my book of hours.

My objective was to create a simple prayer book that anyone could read without getting bored, that would capture the reader in such a way that they would return to it daily, and in reading it, they would pause and take the time we so infrequently use to contemplate our own existence, our relationship with God, and our relationships with each other.

The book is complete and will be available shortly. 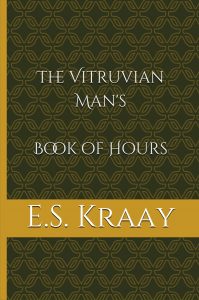 The book will be published as The Vitruvian Man’s Book of Hours.  In the late 14th century, Leonardo de Vinci made a drawing that depicted the proportions of ‘the ideal man.’  The picture is known as the Vitruvian Man because da Vinci surrounded the illustration with notes from the ancient Roman architect Vitruvius.  Ten years ago, I initiated my website The Vitruvian Man.  My intention was – and remains – to write about things that influence a person to be sound of heart, mind, and body.  The ancient Greeks called it kalos kagathos, the nobility of the human being.  A human being is incomplete if prayer is not a part of each person’s life, hence The Vitruvian Man’s Book of Hours.

I will make an official announcement when the book is available.

6 thoughts on “The Vitruvian Man’s “Book of Hours””