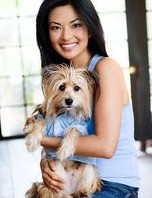 For the better part of 2015, we’ve been soliciting stories for Jane Park Smith’s sequel to Rocky the Rescue.  I’m pleased that as of today, 80 E.S. Kraay Online readers have downloaded the application and instructions; I hope each has submitted a story for consideration.  True to my word, I sent my story to Jane last week with the hope that it might make the cut.  If it doesn’t, it was worth the effort to tell the story of a little dog who saved a man’s life and his sanity.

As we roll into October, this is the final announcement on the project from E.S. Kraay Online.  Jane will accept submissions through the end of October.  If you’ve thought about it but haven’t acted, it’s time to put the pencil to paper.  Thirty days is all you have left.

I believe in Jane’s project and in her company, A Believing Company.  It was important for me to participate.

It has been estimated that there are at least 525 million dogs on our planet. To get an idea of how many dogs this is, we would have to add the total number of people in the United States, Canada, Great Britain, Germany, Italy, and France to get as many humans as there are dogs in the world!  Rocky is just one of 78 million dogs who abide in U.S. households.  He’s a small one but he has a big heart, a lot like that other Rocky.

Jane Park Smith is Rocky’s companion.  Her book Rocky the Rescue, published in 2012 did so well that she is collecting stories for a second Rocky the Rescue.  If you have a story about your canine companion that you would like Jane to consider for her sequel, click on the “Complementary Offerings” link on the navigation bar at the top of the page and you can download the instructions and application form.

As we enter October, time is getting short.  Jane is accepting applications until November 1, 2015.  I encourage you to give it a shot and spread your love.  Rocky wants to hear from you.  Thanks and good luck to each writer who submitted a story to this worthy project.