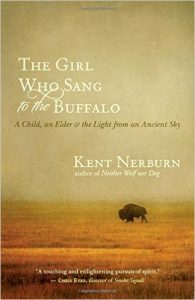 I think it was several years ago when I read the title to the third book of his ‘Indian elder Dan’ trilogy: The Girl Who Sang to the Buffalo.  When I read the title, I knew I had to read the book, but when I found out it was the concluding book of a trilogy, I started with the first book, Neither Wolf Nor Dog.  Reading the three books in succession was a grand experience that led me to read Dee Brown’s classic Bury My Heart at Wounded Knee.  Emotions build in Nerburn’s trilogy but drop like a hammer in Wounded Knee.  You cannot read Bury My Heart at Wounded Knee without becoming angry.

A few short days from now, I will begin my journey from Tucson to River Falls, Wisconsin.  There are many possible routes.  Yesterday, we decided to drive due north where we will pay our respects to the fallen at Wounded Knee, South Dakota before heading due East to our final destination.

For those unfamiliar with the incident, in 1890, the U.S. 7th Cavalry opened fire on a group of mostly unarmed Lakota Sioux.  More than 150 men, women and children were killed.  More than 20 of the assailants were awarded the Medal of Honor.  In 1990, the U.S. Congress passed a resolution expressing ‘deep regret’ for the massacre.  I am tempted to editorialize, but the facts speak for themselves.

Man’s inhumanity to man is never satiated.  I suspect I will drive away from Wounded Knee with the same anger I felt when I returned from Haiti this spring.  It will pass.  Anger accomplishes nothing good.

As you think about that, I invite you to climb aboard the peace train. It is the only way to travel.  If yo expect to be traveling in the coming months by plane, train, boat or bus, please consider traveling with an E.S. Kraay novel.  All proceeds from the Kindle editions go directly to the children in Haiti.  Just click on a cover to the right to read a good story and help the kids in Haiti while you are at it.  Doing good appeases anger.

5 thoughts on “Thinking About Wounded Knee”