Writing a book is an act of creation.  I hold a special place in my heart for each of the seven works of fiction I have created.  I would be hard-pressed to say I like this one more than that one.  Each work has its strengths… and weaknesses. 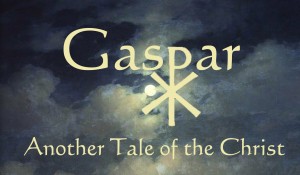 One sequence that I am particularly fond of is the Nativity sequence I wrote for Gaspar, Another Tale of the Christ.  One of the highlights of my literary career occurred in January 2015 when my friend Alistair McKenzie came to Tucson and read the sequence at weekend masses at the Redemptorist Renewal Center in Picture Rocks, Arizona.

As Christmas rapidly approaches, I want to share Alistair’s reading of that sequence again with the thought that it might help strengthen our convictions and purpose as we conclude one year and move forward into another. Earlier this week, a good man I know approached me in church and said, “I just finished your book Gaspar.  Great book for this time of year.”  Although the book begins in ancient India, the protagonist makes his way to ancient Ireland and concludes his lifelong quest for truth in ancient Judea during the Passover.  He is intimately involved with the passion of Jesus.  As Christendom celebrates Holy Week next week, I am certain that is the connection the reader makes.

Shortly after Gaspar, Another Tale of the Christ was published, it was brought to my attention that there were many typographical errors throughout the book.  I can’t say whether I was more embarrassed or more displeased.  In either event, I spent recent months rereading the book and correcting the errors I could identify.  I regret to admit that I found 58 errors.  I take personal responsibility and apologize for that.  While I cannot pull the printed book, yesterday, I replaced the original file on Kindle – the file uploaded by the publisher in 2014.  While the new electronic edition may not be as aesthetically appealing as the original, I can assure you with certainty that it more accurately presents the original manuscript.

If you have considered reading Gaspar, this may be a good time to do it.  Having just finished another reread, I am pleased with the story and its message.  My ‘collaborators’ characterize my prose as ‘sparse.’  They offer that observation in a good way, much like one might call Hemingway’s prose as ‘sparse.’  Don’t think I am comparing myself to Hemingway.  I would never be so bold.

As an example of my ‘sparseness,’ my ‘Last Supper’ is not a congenial ‘Da Vinci’ painting, and I address it in four, simple paragraphs …

“Raised voices of repressed anger rumble above us.  Heavy footsteps, perhaps a scuffle.  A chair grinds the floor, another falls heavily.  Footsteps to the doorway, then down the steps outside.  A figure halts and stares into the room, probably not expecting to see us.  The man’s hair and eyes are dark, indecision and worry etched into the lines on his brow, so deep that they are shadowed.  He turns and takes a step toward the stairway, maybe thinking to return.

“He takes his head in his hands as if holding it together.  He is in pain, more mental than physical.  His anguish is visible in every drop of sweat that falls from his forehead.  “Damn him.  Damn them all,” he whispers under his breath.  He runs into the street and disappears into the night.

“More footsteps above us.  Someone standing on the balcony calls into the darknesss with a restrained and husky voice, “Judas, Judas.  Please come back.”

“But Judas, if that was his name is gone.”

Throughout my life, I have been drawn to Judas Iscariot.  I do not paint him as a villain in my book.  If you read Gaspar, you will find that I view Pontius Pilate in a positive light as well, a man who does everything he can to save who he believes is a guiltless and inspired man.

During this special time of year, I invite you to skip the chocolate rabbits and read Gaspar, Another Tale of the Christ.

On another note, 48 hours from now, I will be touching down in Port-au-Prince, Haiti where I will join Tony Sanneh and his Haitian Initiative Team.  If the electricity and Internet hold up in Port-au-Prince, I plan to post daily updates on my sister site, The Vitruvian Man.  See you there, and thanks for your continued support. 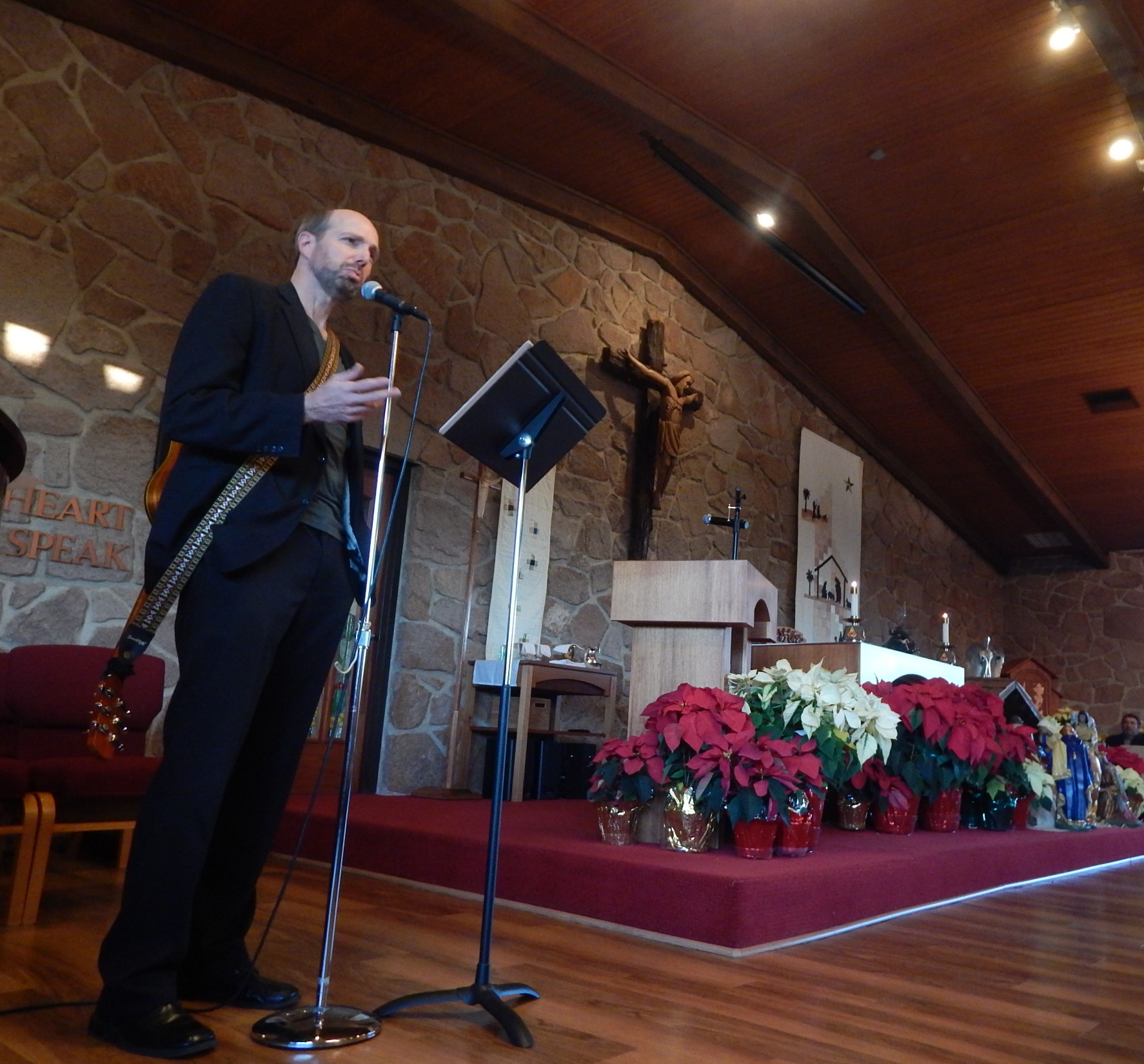 One of the highlights of my year occurred in early January when my friend Father Paul asked if I would read the nativity sequence from my novel Gaspar, Another Tale of the Christ at the Sunday Masses on Epiphany weekend.  Somewhat reluctant and embarrassed, I asked my friend and associate, actor, writer, musician Alistair McKenzie if he would come to Tucson from LA for the weekend to do it.  He graciously agreed. As I relate the experience, I tell people, “I was sitting in the front row for three of Alistair’s readings.  I wrote the thing and I knew what was coming, but Alistair’s presentation forced me to choke back huge, emotional tears.”

As we embark on this season of peace, joy and love, I am reminded of what Christmas is really about.  I invite you to re-visit Alistair’s incredible reading to remind you of how and where this all began.  Click the link and scroll down to “The Christmas Story Audio.” 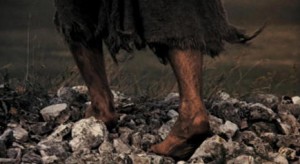 “I have known many great men who are powerless beggars.”

from Gaspar, Another Tale of the Christ Melchior bows to Balthazar, then to me.  He smiles, “You are very young, not much more than a boy, but we welcome you as one of us now.  You do not have to be old to be wise.”

Melchior from Gaspar, Another Tale of the Christ

“If our paths should never cross again, may you and all beings seen and unseen, being and waiting to become be filled with lasting joy.”

from Gaspar, Another Tale of the Christ

Before I wrote a single word to any of my books, I had a core concept clearly in my mind:  what is this book about?  In the case of Gaspar, Another Tale of the Christ, I began – and finished – with the conviction that truth is universal, it is the same in the east as it is in the west.

For those of you who have read the book, you will understand that concept.  Gaspar’s story begins in ancient India, moves through the Fertile Crescent to ancient Ireland, returns to Rome and concludes in ancient Judea.  When his journey ends on Golgotha, he knows, as I know that truth is universal.  When Gaspar meets Yeshua on the Mount of Olives, he asks, “What have you learned?”  Yeshua replies,

“I have learned what I have known all along.  Truth is love and love is truth.  A man can love himself.  A man must love himself and a man must love all men on the earth as he loves himself.  That is truth, Gaspar.  There are seven directions and it is true no matter which direction you choose to follow.

This larger and constantly recurring wisdom has been called the Perennial Tradition or the Perennial Philosophy. No one group owns this content, but most of us own parts of it, and for me the goal is to honor and include as many parts as I can, so that I can be truly catholic. We see this same inclusivity in Jesus to an amazing degree. I see this as the clearest indication that one practices “the true religion.” A true religion is precisely one that can teach you how to recognize and honor God everywhere, and not just inside your own group symbols. 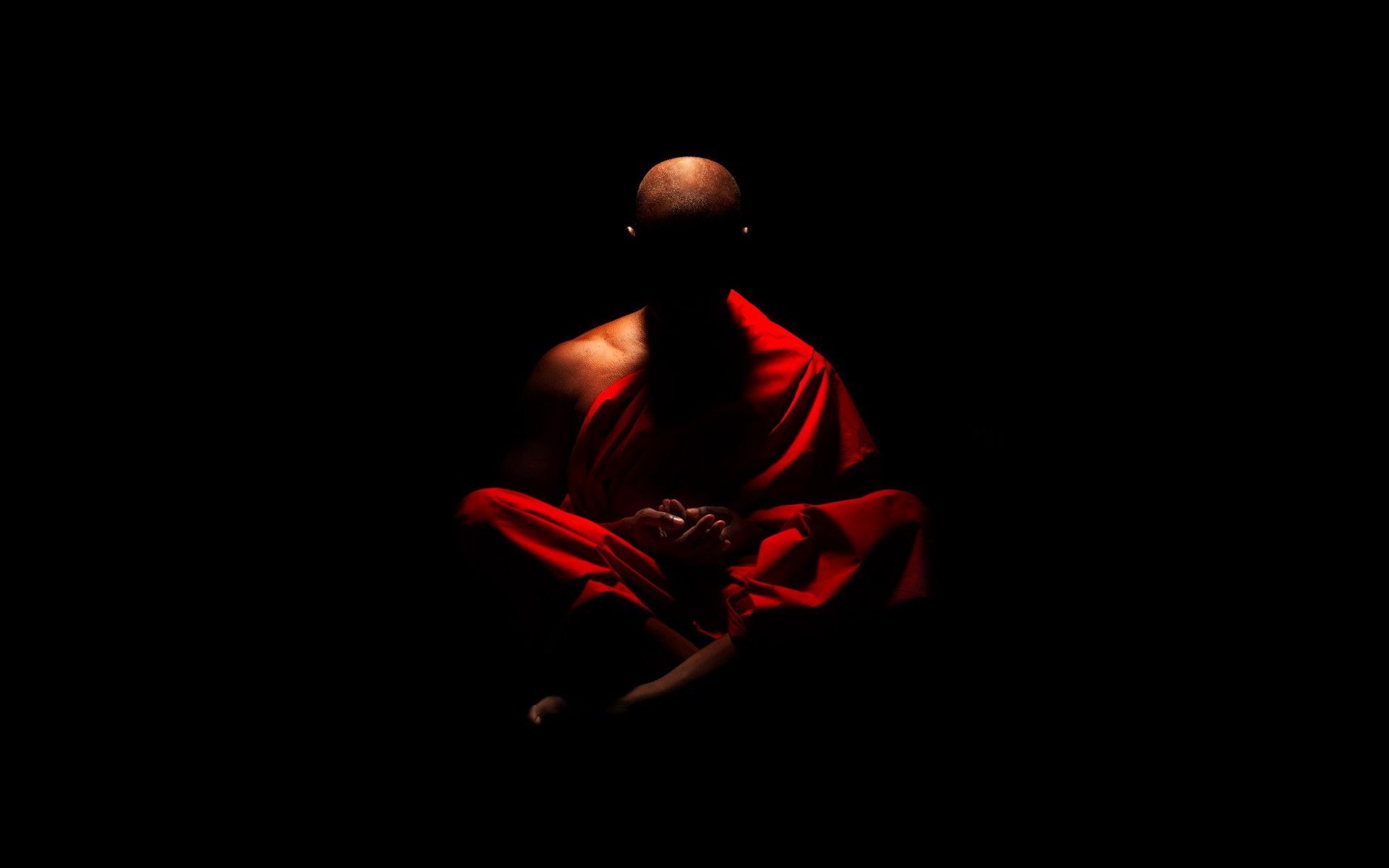 This is the word OM

Freeing us from fear

inspired by Vajrabodhi in Gaspar, Another Tale of the Christ